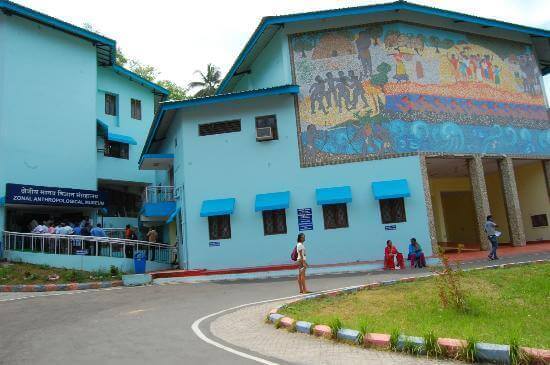 The motive of the Islands and the result of the East India Company arriving in the region, Initially built to hold captive the supporters and allied members of the Revolt of 1857, especially of the Maughal Royal family was later extended to hold the Political Prisoners of the Indian Freedom Struggle. The most famous prisoner to be held at the Cellular Jail was “Veer Savarkar”. The Cellular jail was known for its infamous cruelty meted out to prisoners, made to toil under the extreme vagaries of nature without food and water alike, death for the prisoners was an easier option rather than a release or escape.

Torture was meted out to the Prisoners both physically and mentally, by making them to work for long hours on a hand driven oil extractor made of iron to extract coconut and mustard oil and mentally by meeting the prisoners with lashings and left in the open grounds of the prison and forcing the prisoners to watch the executions of their fellow mates.

Today a visitor can view the bell tower, gallows, the oil extractor and the same chair that was used by the prison warden. 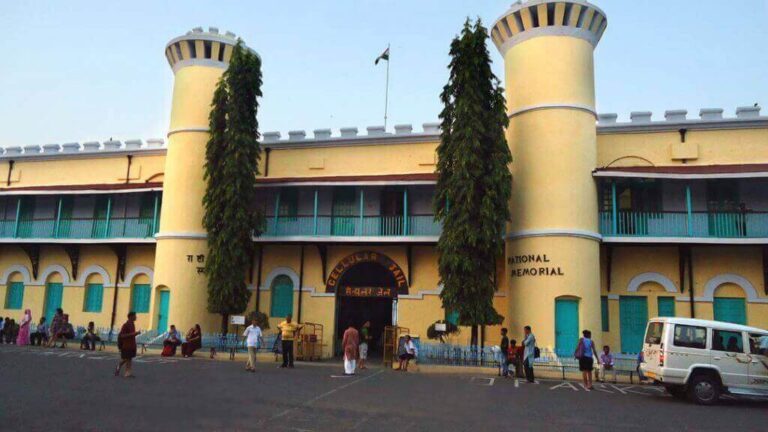 The privilege of not only being Asia’s largest and oldest saw mill, but having an entire Island to itself makes Chatham Saw Mill stand out from the ordinary. Established in 1883 the mill has been operating for over 175 years, keeping in place the original machinery and technology of wood processing. 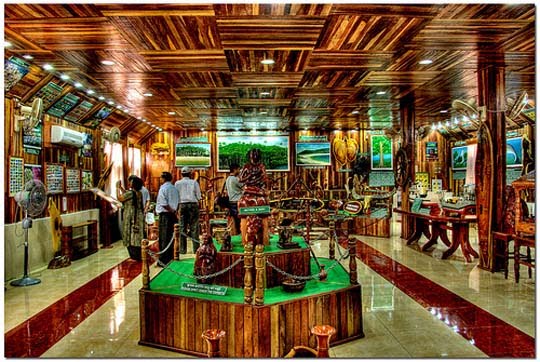 Being an advanced station for the Indian Navy, Port Blair is also home to Samudrika, which is the marine Museum, established, operated and maintained by the Indian Navy. The museum houses a variety of Rare and beautiful corals, for the viewing of the general public. In addition it also showcases the marine life of the region with the aim that the general public can appreciate the Flora and Fauna of the Sea and not disturb the fragile ecosystem by rampant coral hunting & fishing of endangered species. 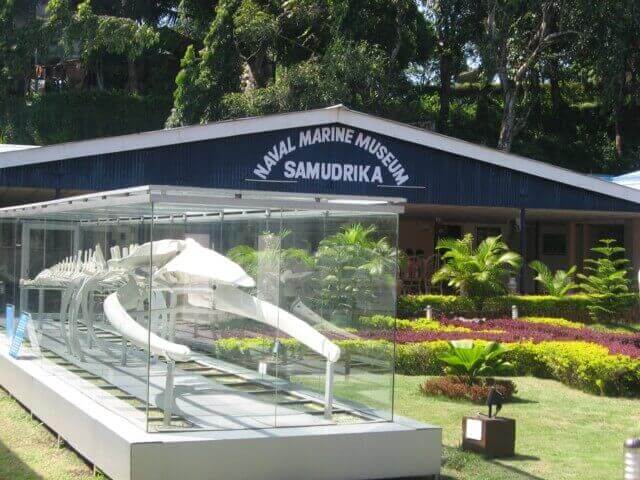 One of its kind in the Country, the Science Centre is a must see for all visitors, and not only children, as it enthrals with every turn. Providing knowledge to the visitors on the science behind the functioning of Oceans and the growth of Corals and how school of fish make way and behave to climatic changes, the centre integrates facets of Geography & Science.

The only beach near by the city, corbyn’s cove gets its name due to its unique shape, being one of its kind in the country and is named after Corbyn Chaplain of Port Blair. The beach is flanked at the edges by Japanese Bunkers to remind visitors of the days of Japanese occupation of the island. The pristine sands and water make it an experience to remember for any visitor. 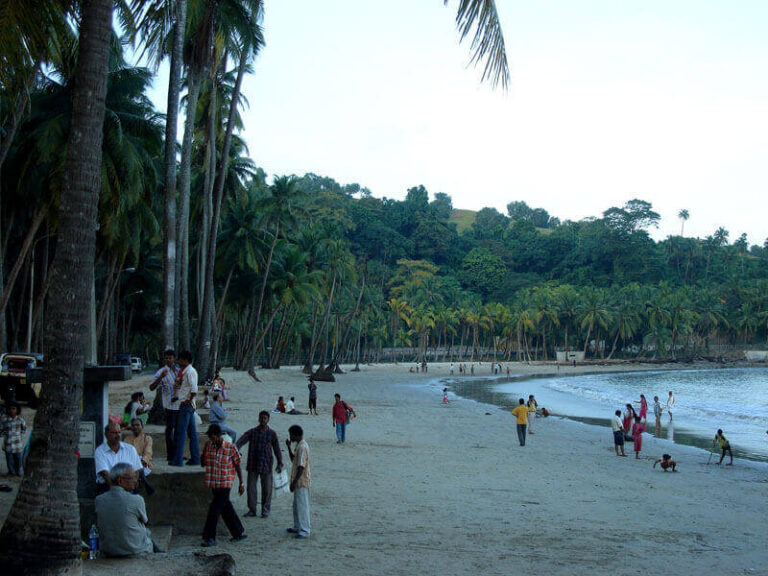 Ross Island, which is accessible from Aberdeen Jetty through a boat ride, is situated at the entry region of Port Blair harbor. Ross Island, once the administrative head quarters of British Colonial Rulers, still bears the ruins of a Church and cemetery. It was during the British rule that the island was developed to a perfect township. Many reminiscent of old British regime are still alive in this stunning Island. 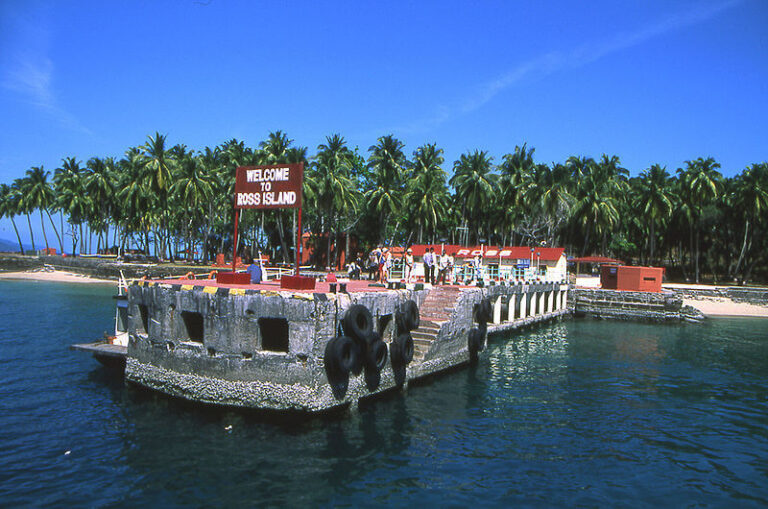 North Bay (Coral Island) is accessable from Port Blair via ferry. The treasures of these coral islands are unforgettable. As the underwater world comes alive, one forgets that there is a less perfect world outside, so engrossing are the vast expanses of colorful corals, fish and vegetation. 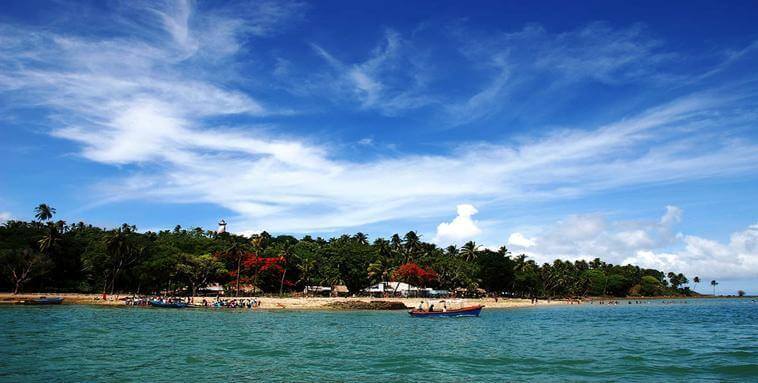 Mount Harriet is the highest peak in the South Andamans (365 metres high). One can trek up to Madhuban through a nature trail and can find rare endemic birds, animals and butterflies. The scene of this peak also printed in the backside of During British Raj this highest peak was established as the summer headquarters of the Chief Commissioner during, this place is an ideal for a nice and fascinating over view of the outer islands and the sea. 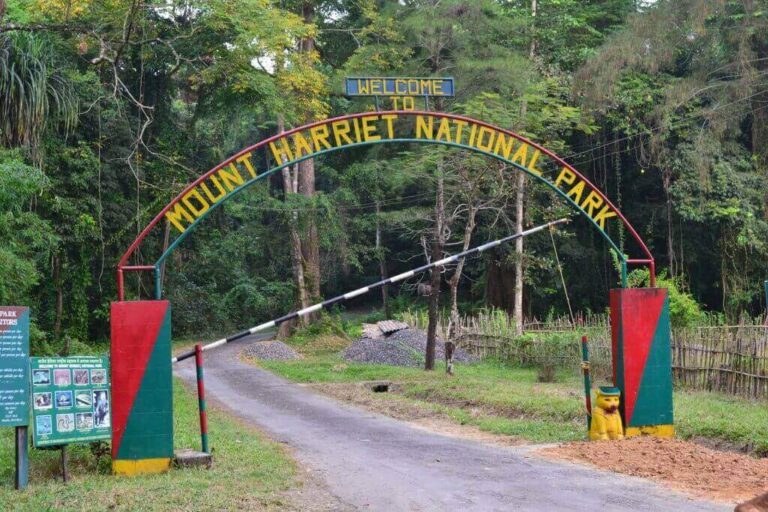 Chidiyatapu is a tiny fishing village situated at the southern most tip of South Andaman Island. It is about 25 km from Port Blair in Andaman District. The place is also famous for its 46 varieties of endemic birds, white spotted deer and seasonal orchids. This village has earned the name, Bird Island. 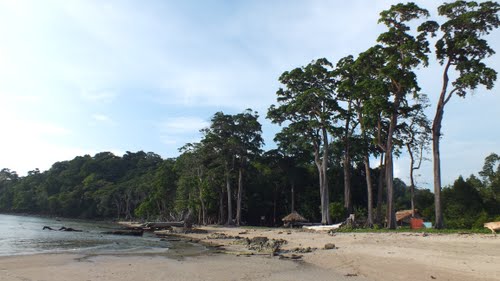 Collinpur, situated at South Andamans in Andaman District, is 36 km from Port Blair by road. With a beautiful sandy beach with shallow water, the area is suitable for swimming, sun basking and viewing sunset.

Located at a distance of around 15 Nautical Miles from the Wandoor Jetty, inside the Mahatma Gandhi National Park, the Island boasts of a beach of almost white sand and a mixture of both shallow and deep waters and is one of the most coveted spots for snorkelling enthusiasts, closer to Port Blair. The transparency of the water lets one see the beauty of the Pillar, Star, Brain & Fungia Corals. There are experienced guides to provide assistance for amateur snorkelers and provision of Glass Bottom Boats. Even those not proficient in swimming can enjoy in the shallow waters with ease. 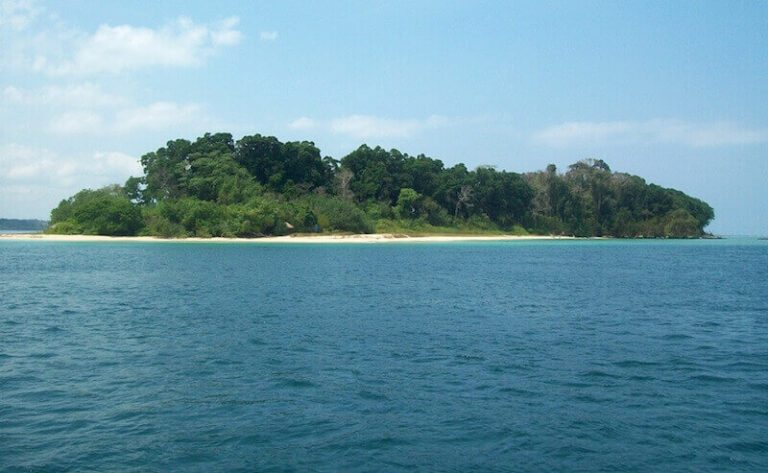 At a distance or 30 Kms form Port Blair is Wandoor & Mahatma Gandhi National Park, the sanctuary of restricted Islands. The region is controlled by the Forest Department to protect the Marine Flora and Fauna from frequent human interference.
A few of the Islands are open for visitors and entry for the same is regulated and requires prior permission from the forest department. 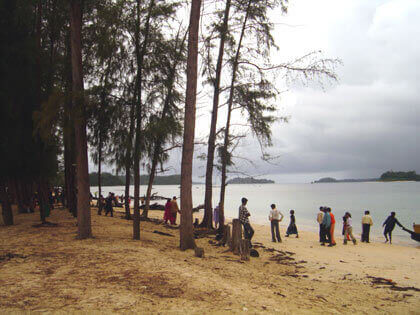